Thanks for watching! Let's get 3000 Likes? ❤️️❤️️❤️️ Please be sure to check out FIFA PRO PLAYER RAGE QUIT: https://youtu.be/cmvxtzTx7tM

What you on about

Me strongly believing i can beat them😂😂😂

They are the best playerz really?

I love fifa still gonna play it every year

Fifa is really fun no stress love it

They are not that great..

This is good level in fifa? I have to buy this game really...guy using dribbling on his own half and losing ball...lol

Every fifa match: some random opponent getting humiliated by tekz

18:36 Ronaldo scores in Liverpool kit, you hear from crowd Man Utd chant "we love you United we do" 🤣🤣

Im better than both

Jesus, do they know that Messi is the BEST player even in FIFA, he barely touched the ball...

I honestly did not know how fucking boring pro fifa was, they need to keep possession because counter attacks are broken, they can't take the ball because L2 holding the ball is ridiculous, so they just pass the ball (very accurately) for 20mins, great gameplay EA, good thing you've been working on that all those years

Why is the video quality so unwatchable

I'm better than both.

This is proper boring where’s the skill?

Didn't you see Ronaldo's hairstyle? He scored a goal lol.

@Lee Du Plessis thanks a lot

I think they only make deep passes if they are 100% so they don't risk counter-attacks, but yeah, pro fifa is the most boring thing in the world

Nice watching fifa but i must say that i can see that the fifa players maybe dont know how to play football at all . I can tell how they play. If there were no tricks and else they wouldn't stand a chance i quess but I could be wrong

EaN Everything and Nothing

Anyone else get triggered when he didn’t send that through ball to the guy making the run on the left wing at 2:25 cause maaaaaan that would’ve been creative and opening a good chance instead he played it back kinda triggering

Maybe he didn't want to wide.... Sometimes you limit the number of options by going into the flanks!

this is your best's players ? hahahah

This is the first time I saw Tekkz won a match

Is that how pro players play ??!! Both of them are weak i don't think they are the world's champions

That's cause consoles and internet are no a thing in every corner of the world, just wait a couple more years and we will see

The woerst gameplay style ever, i wonder how the get to the final!!

@Fahad Alsuwaidan then keep it to yourself

@Luuk Herfst Maybe it is true, but it still boring gameplay style. I don't know if you are agree or not, but it still my opinion.

The winner gets 200k doller so they play very carefully, that's why their gameplay is different.

u should try educating urself

@Marco Rojas-Vazquez No, don't! Play only with full manual controls. All assists OFF. Start today and be the best that you can be!

This is dumb af not everything has to be a competition bro play on the settings you want! Simple 😂

i hate how they act like this is a real football game, keep passing with the back no counter attack at all, shame

These guys are nothing special. Tekks is pretty good.. not special.. just solid. His shot and dribbling is stellar. Mixed feelings on his passing/creating game. Some of it was good. He could’ve easily scored more goals with better pass timing/choice. Especially with every teammate being 89+ overall. He was way better than Fifilza, I can say that. Not a fan of Fifilza’s style. No variety or creativity. He’s not any better than someone who just plays for fun.

They garbage for real they passing too much 😠

Ehh. I could understand your POV for someone who doesn’t play fifa professionally. But in those types of matches with really good players a single error can fuck you up that’s why they play it safe.Counter attacks are broken on this game

It's pretty good to see these guys playing w/o delay and handicap, in real life it's not possible.

Why does he keep saying R9 when it goes to Ronaldo, Ronaldo is CR7?

Do you know football history? Don't even watch football anymore please I'm not even gonna explain you who r9 is, if you don't know r9 then please first educate your football knowledge before playing fifa or being involved in football 😂

High quality keep it up!

Passing back and forth..i can do that..where is the 1 2? Go forward when u have chance..why need to back pass? Omg

these commentators are getting on my nerves

So funny to hear the commentators going-"And Ronaldo getdinsidethe BOXX!!!!"😂

its so nice watching fifa during lockdown

It's even better playing it!

There are no pros in Fifa everyone just play trash to win. F this game i am quitting and deleting it

I had no idea they used so many assists being pros. Pass and shooting assist on full.

What do you mean and why?

Pseudo-final, good football is not enjoyed, good finals with real players are done as before, with clubs or countries predetermined by the game and NO clubs published, so anyone reaches that level, before they were cooler to see the finals d videogammers ,, that's boring, everyone has the same players, it should NOT be official to allow clubs edited in official tournaments boring, but of course they do it for people who do not know how to play buy those famous cards of legendary footballers, the good player He plays with an established club or country, not with edited clubs, and this subnormal makes me laugh if he likes Wolverhampton so much that he uses the club he really is and not an edited club.

This is Ultimate Team. A game where you make your own team. And nobody forced you to watch

This is why you never hear of pro fifa players, it's just boring asf

hey guys. I just started YouTube a week ago. I have about 50 subscribers. aiming for a thousand. could be reallya helpful if you guys could check out my channel and subscribe. I upload FIFA 20 race to league title series. watch it guys... thank you

they playin this in ps or xbox ???

Me too, especially rage videos 🤣

These guys use drag backs soo much

Tekkz is full of maturity

How to join the tournament 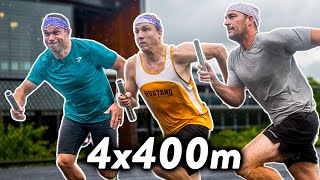 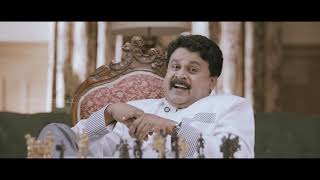 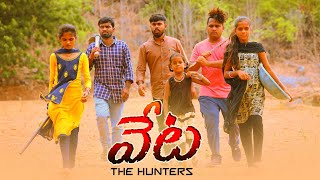